The Jimmy Rollins Family Foundation strives to help children and young adults living with arthritis by providing funds and awareness about the disease. We also support families who are struggling financially with extracurricular activities that promote healthy living through exercise and proper nutrition. 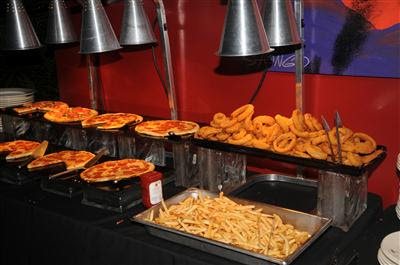 There was food everywhere with pizza, onion rings and fries, yum 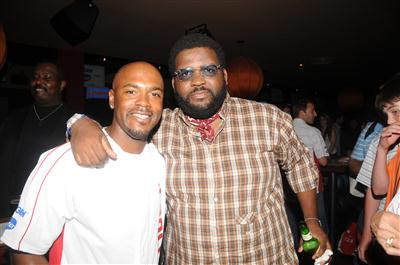 Jimmy Rollins thanked everyone for coming and for supporting his event. Here he is with Big Rube 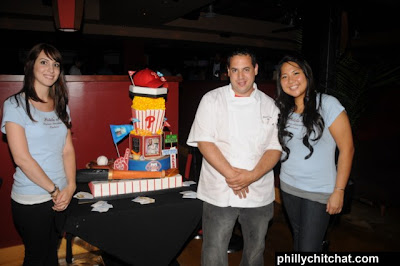 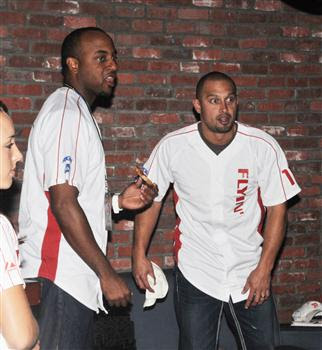 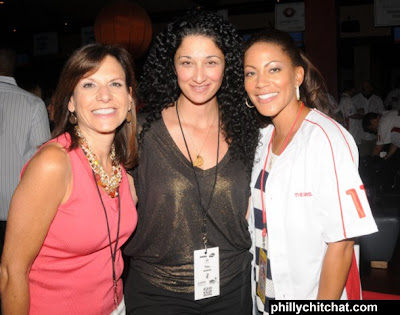 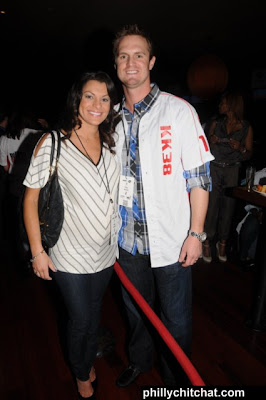 Glowing future parents Stephenie and Kyle Kenderick. Stephenie tells me that their baby is due right before Kyle goes out on a long road trip in September. She’s hoping the baby comes before he goes or they might have to help mother nature a bit. Steph tells me she’s been eating a lot of meals at her restaurant Gigi’s and complained she gained a lot of weight. RIGHT, look at her she’s beautiful! 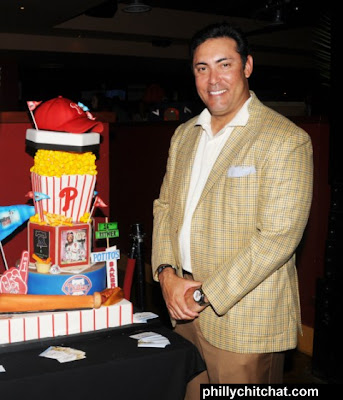 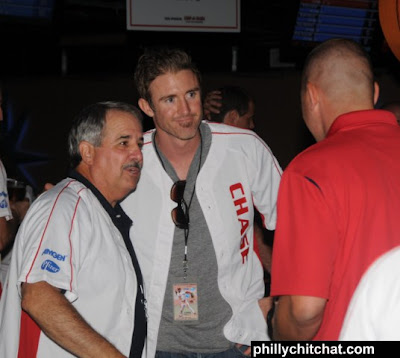 Chase Utley poses with a fan. Yesterday his mother confirmed on B101, what I tweeted weeks ago, that Jen Utley was pregnant 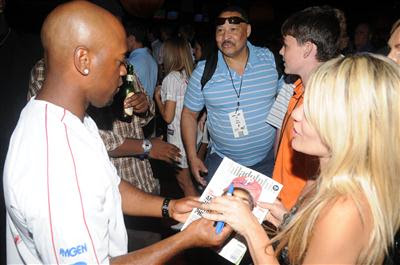 Although there was a no autograph sign at the door, the players still signed graphs which was nice. 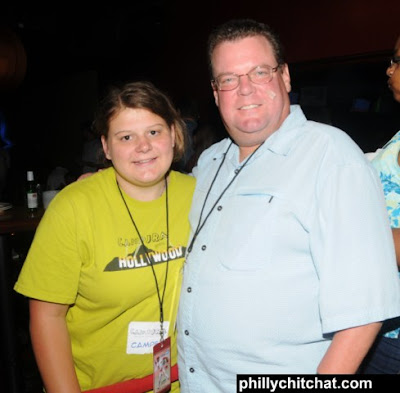 Mark Marsden came up to me and told me how much he loves watching my segment on The Scene on NBC Non-Stop, Ch 248. Then he told me about how great the Jimmy Rollins Foundation is and how it benefits his daughter Lacey Marsden. She really enjoys going to the camp that benefits from the funds raised from this event, especially since she meets other kids with arthritis. I think that’s pretty special. 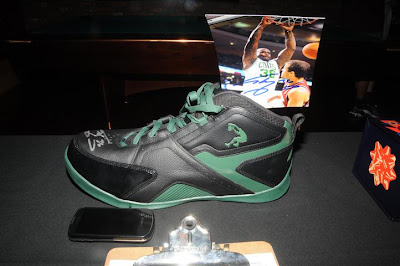 Shaquille O’Neal’s shoe up for auction, next to my android phone.

Cole and Heidi Hamels, co-founders of The Hamels Foundation, are hosting the first annual Philly Financial Day on Friday, July 8th, 2011. Several of the leading financial service institutions in the Philadelphia area will donate a significant fixed percentage of their institutional trading commissions and transactional revenues to a pool of charitable foundations founded by Phillies’ stars Cole Hamels, Shane Victorino, Jimmy Rollins and Chase Utley. In addition, The Children’s Hospital of Philadelphia (CHOP) will be a beneficiary of funds raised that day. 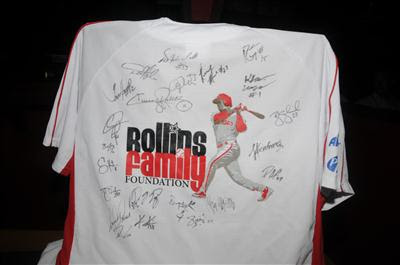 I guess I didn’t win this cause I didn’t get a call. Lately I’ve been bidding on auction items to pay it forward and auction off at my charity event to benefit Gilda’s Club. The event will be held in September at Flemings Steakhouse Marlton NJ in honor of my sister who you may know died of Ovarian Cancer 12/09

The Foundation's projects depend on the generosity of supporters like you. In behalf of the Foundation and everyone involved, thank you.